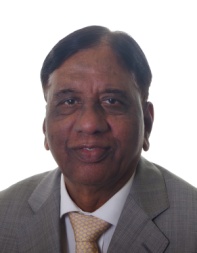 Title: Economic burden and prevalence of atrial fibrillation imposed on District General Hospital in the UK

Dr. Venkat Tirlapur qualified from Seth G. S. Medical College in Bombay in 1971. He came to Britain in 1976 and spent his junior years as a doctor in Internal Medicine and Cardiology. His work on cardiac rehabilitation in post-myocardial infarction patients was published in The Lancet in 1979. He moved to the University of Wales as a research fellow for 3 years in Internal Medicine and 2 in Cardiology. His Ph.D. research on nocturnal hypoxia and electrocardiographic changes in cor pulmonale patients was published in the NEJM in 1982. From 1986-1996 he worked as an International Investigator for multicentre and multinational cardiovascular research studies. He has published papers in prestigious medical journals including The Lancet, Thorax, British Journal of Pharmacology, American Medical Journal, and The New England Journal of Medicine. He presently works as a consultant in Acute Internal Medicine.

Statement of the problem: Atrial Fibrillation (AF) is the most common cardiac arrhythmia. Many studies demonstrate an increasing prevalence with persistent or permanent forms affecting 10-15% of the population aged over 75years.1-2 Cost of hospitalization, loss of work force and direct medical cost impose both a clinical and economic burden.3-5 Acute Medical Units (AMU) are the first point of assessment. In view of the increasing prevalence of AF and its impact on cost, we decided to complete this prospective audit. Methodology: 815 patients attended AMU between 28/6/2015 to 27/7/2016. Weight, blood pressure, heart rate, systemic examination, chest x-ray, ECG, CRP and thyroid functions were recorded. AF was confirmed by ECG. The number of days in hospital and total cost were calculated (NHS reference costs 2012 – 2013).6 Findings: of the 815 patients, 125 suffered from AF, of which 63 were males and 62 were females. The average age was 76.4, ranging 30 – 96 years. The average prevalence was 15.45%. Data was categorised by age, <65, 66-75, 76 – 85 and >85, of which the prevalence was 6.56, 18.06, 21.03 and 23.40 respectively. The average cost per day per bed was £273.00. Average hospital stay was 2.5, 4.45, 6.53, 8.61 days respectively and the average cost was £682.50, £1218.25, £1783.60 and £2349.45 respectively. 5.5% had paroxysmal AF. Conclusion & Significance: Our results show the prevalence and cost of AF is higher in over 75 years. The cost and hospital stay progressively increased with age. Thus care provision structures in the UK will be challenged by requirement to treat more patients with AF in future. It imposes a substantial economic as well as healthcare burden. This is likely to be true of other countries.